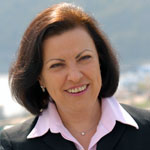 Ms. Voloshina’s began her career with IFC in 1992 when IFC first launched its operation in Ukraine. She graduated from the Department of Foreign Languages of the Kiev State University in 1985 and upon the completion of the university’s two-year post-graduate course in 1990 was conferred a PhD degree in Linguistics. 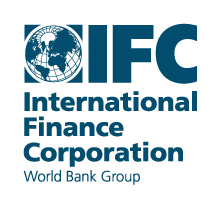 Supported with funds from the Netherlands Agency for Economic Development (EVD)

One of the main challenges for Ukrainian banks is the mismatch between the available lending supply and big market demand for agri-financing. Most banks in the country are unprepared to engage in agri-finance because of a lack of understanding about agricultural production processes and corresponding financing needs of the farms. There are no agronomy-based credit risk management tools; no lending policies and procedures specifically for agri-lending; and no loan officers trained on the specifics of agri-lending.

IFC’s holistic approach will result in improved access to finance for farmers and producers. The project will facilitate investment in Ukraine’s agricultural sector. It is expected that innovative tools and mechanisms developed by the project will help increase volumes and improve terms of credit received through the positive linkage of agri-insurance and finance. IFC aims to facilitate investments of at least $40 million, of which $20 million will come from IFC, for about 150 loans to at least 100 unique farms by the end of 2014.

Supported with funds from the Canadian International Development Agency (CIDA)

The IFC Ukraine Agri-Insurance Development Project aims to boost the use of agri-insurance as a risk management tool by establishing a sustainable agri-insurance system based on public-private partnership, enhancing the technical capacity of insurance companies and fostering access to finance via the use of insured crops as collateral.

Ukraine was the world’s third largest exporter of grain in 2009. With some of the best soil in Europe, Ukraine can play a key role in mitigating the world’s food crisis. However, its agricultural production is exposed to many natural threats beyond producers’ control. As shown by global experience, and particularly that of Canada – which is IFC’s partner in the project – agri-insurance is well suited to be an efficient risk management tool to protect producers against weather risks, stabilize their incomes, and help restore production after unfavorable climatic events.
Development of agri-insurance in Ukraine is hindered by poor understanding of risk management in the farm sector, weak technical capacity of insurance companies, the lack of actuarially-sound insurance products, limited or no access to re-insurance, and lack of trust by farms towards insurance in general. The inability to effectively manage risk at the farm level consequently limits the ability of farms to access finance and grow their operations.

Develop legislation in close cooperation with government agencies to implement a public-private partnership as a prerequisite for the efficient regulation and implementation of well designed agri-insurance programs, protect agricultural produce against weather risks and enable them to regain production capacity after catastrophic events.
Support the establishment of an agri-insurance pool through an association of companies active in agri-insurance.
Increase awareness of agri-insurance among Ukrainian producers through extension and media campaigns as well as dissemination of information and training events.
Work with Ukrainian banks to increase their expertise in rural lending and developing and marketing financially-viable loan products with the use of insurance as collateral.